The Pillars of the Program: Operational Discipline in the U.S. Navy Nuclear Propulsion Program 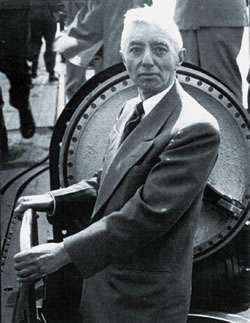 Since its inception over 60 years ago, the US Nuclear Navy has operated more nuclear power plants (currently about 150) than any other organization in the world, and has done so without a single reactor accident.  Further, the Navy does this with young personnel, high turnover, and while operating in remote, dynamic, and often harsh environments.  But what is behind its superb safety and operational record?

The answer lies in the genius of Admiral Hyman G. Rickover, known as the “Father of the Nuclear Navy.”  In the wake of World War II, then Captain Rickover was the first to recognize the enormous potential to be had from harnessing the power of the atom and putting it to work on submarines, and later surface ships.  He embarked on his quest to build the Nuclear Navy before there was even a commercial nuclear power plant on the drawing board.  As a consummate engineer, he was keenly aware of the enormous technical challenges to be overcome—indeed this would be the most technologically complex undertaking of its day.

But Rickover’s real genius lay not in his understanding of the engineering challenges, but of the significant organizational challenges involved:  how do you put something as complex as a nuclear reactor on a boat, under the ocean, and operate it safely with a crew of young sailors?  He recognized that doing so meant eschewing the traditional military culture that had existed for centuries:  follow orders, do what you are told, and don’t ask question.

Rickover knew that to achieve the Naval Nuclear Propulsion Program’s dual objectives of continuity of power and reactor safety, his operators would have to operate in a different way.  He would have to build a different culture, one founded upon what has come to be known within the Navy as the Pillars of the Program.  These are:

Rickover expected even his most junior sailors to question things, to have an integrated understanding of how the entire plant worked, to back up not just each other but also their officers, to operate with painstaking formality, to be able to be relied upon.  Key to arresting the development of problems was identifying when small things weren’t quite right, which required everyone in the crew to continuously examine and question things.  But to do so required the level of knowledge to be able to spot when something, even minor, was wrong. 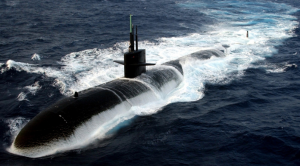 Rickover created an organization where knowledge was prized:  not just individual sailors, but the organization as a whole would seek to continually grow in knowledge, learning from each event and rapidly disseminating that knowledge throughout the fleet.  In fact, the Navy points out that each submarine that goes to sea represents the cumulative knowledge from over 6000 years of reactor plant operation.

Rickover also instinctively knew that men don’t stay trained; that erosion can set into any culture.  Formality was part of the culture but it also helped to preserve the culture.   Recognizing that “accidents had no better breeding ground than the haze of confusion,” Rickover ensured that formal communications (“giving and acknowledging commands and exact prescribed terms”) were practiced religiously.

Procedures too were rigorously followed, but questioning attitude meant that procedures were also challenged (however, formality meant there was a process for doing so).  Sailors knew not just what but why—and procedures would be continuously revised to reflect the ever growing knowledge of the program.

The Pillars of the Program together represent the “chronic unease” that permeates the Nuclear Navy:  the belief that an accident may be just around the corner, and only through vigilant adherence to the pillars can it be avoided.  Powerfully, at an operator level, the Nuclear Navy can trace any incident or near miss to a compromise of one or more of these pillars.

Outside the Nuclear Navy, experts often cited the program as “one of the best examples of a high-reliability culture,” or what we call operational discipline.